Travels with my Camera…La Linea

La Línea or La Línea de la Concepción (two names joined – ‘the line’ & ‘immaculate conception’), is a city near Cadíz in the region of Andalusia.

If you’re of a certain age then all you will have previously known about Andalusia came from those 1970s weird Orson Welles commercials for sherry. Thirty seconds of an ageing actor in strange garb demonstrating his preference for or dependancy on this potent aperitif. Conversely it could have been a warning – drink this and this is how you will end up!

Andalusia requires far more than a mere 30 second commercial to explore its diversity – thankfully. I have spent 5 weeks here in the last 18 months and only now am I getting a wider sense of that diversity and a healthy respect for the environment, the culture and the people.

From the shores of the Costa del Sol with its overgrown concrete jungles, to the mountainous barriers just a few kilometres in land, then the wealth of culture, history and hospitality in the interior (Ronda, Cordoba), to the industrialised heartland near Cadíz – this region is one of contrasts. I think that’s why I love it so much – plus the climate & cuisine.

Yesterday was a bad day! I am not looking for a sympathy vote as we all have our ‘crosses to bear’. I intended on visiting Cadíz but with over 120km remaining and feeling a little unwell by the time I had reached Algeciras it was time to stop and take a break.

Consulting the map, I noticed how close I was to the centre of La Línea and ended my aspirations of seeing where the Armada was laid waste by Sir Francis Drake. “The Singeing of the King of Spain’s Beard” will have to wait for another time.

So why is La Línea so important to Spain? It is the frontier between Spain and Gibraltar. So its a little part of the UK tucked onto the Spanish mainland. So it is free movement and a part of the Customs Union? No! Gib is a free port and although British, is duty free when coming back into the EU (Spain) hence you have to declare. Yes I got confused with it all in 2018.

As I parked up and found a local backwater taverna for some lunch and rest, my eyes gazed at a little piece – 2.6 square miles to be exact – of ‘home’. My passport safely deposited in my apartment’s safe meant I was excluded from entering – I was exiled in Spain!

Looking out into the Bay of Gibraltar it is apparent why “The Rock” is so important to the UK and why the Spaniards would love to lay claim to it again. The argument has always been about naval strategic importance – but when you see the armada of merchant vessels queuing up – the wider infrastructure of container ports & oil terminals in the area, then this is a major transit point.

As for La Línea is an industrialised city – a hub more than a gate way. The taverna I found was in a business park. My fellow diners were all attired in various uniforms of manual workers. All had just finished their labours for the day & enjoyed a beer or brandy with a toasted sandwich (plus a Camel or two).

The coffee was the best I have had here. The panini was most welcome & filling. Warm as the welcome I received from the señora who looked after a weary mi a solo traveller though my Spanish & her English were about on a par.

A Coke, 2 coffees & a panini later I returned to my car having spent the princely sum of €6.50; and headed along the coast, back to the Costa del Sol. 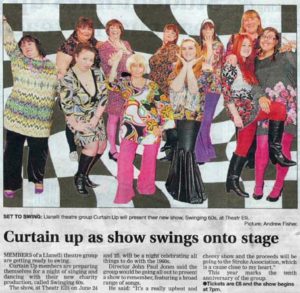 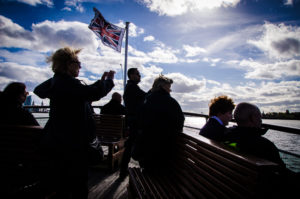 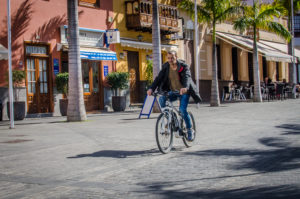